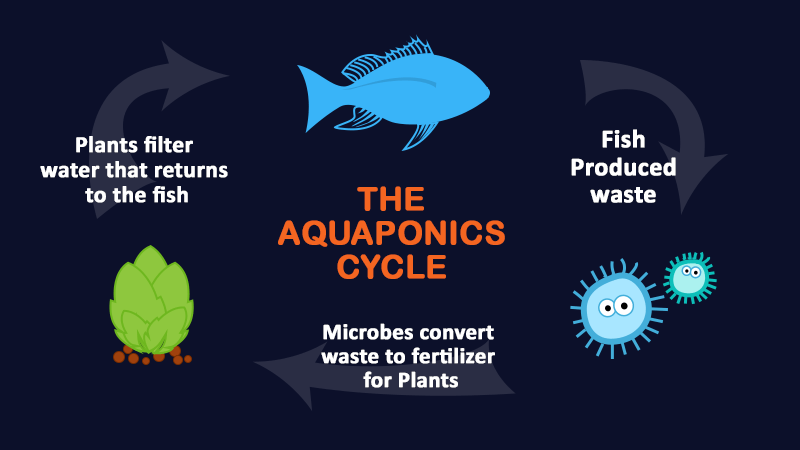 Are you wondering “what is aquaponics?” The most simple definition is that it is the marriage of aquaculture (raising fish) and hydroponics (the soil-less growing of plants) that grows fish and plants together in one integrated system. The fish waste provides an organic food source for the growing plants and the plants provide a natural filter for the water the fish live in. The third participants are the microbes (nitrifying bacteria) and composting red worms that thrive in the growing media. They do the job of converting the ammonia from the fish waste first into nitrites, then into nitrates and the solids into vermicompost that that are food for the plants.

In combining both systems aquaponics capitalizes on the benefits and eliminates the drawbacks of each.